Originally I started this report with a quip about how a blown flood light was the perfect thing for livening up the bleak side of the track during a 24 hour race, but before I could complete it our Beloved Sri Chinmoy, founder of the worldwide running club Sri Chinmoy Marathon Team passed on. So now I am starting with the last message I ever received from Him, someone had told Sri Chinmoy of the great success of this year's race and of the memorial trophy that the RRC had created in memory of my late father. His response was 'tell her I am very happy', a simple message but one that I was very grateful for as I knew how sick He was at the time.
Sri Chinmoy's life was dedicated to inspiring humanity to reach for the best in themselves. One of the ways He did this was through running; He believed running was a way to challenge perceived limitations and also to clear the mind. A very talented decathlete in His youth, after moving to NY, He took to long distance starting with marathons and later an annual 47 mile race, held each year in honour of His birthday, this led to setting up ultra races in many countries through the Sri Chinmoy Marathon Team. Our own 24 hour race first took place in 1989 and has happened almost every year since.
Now for how this year's race went (which is after all what this report is supposed to be about), we had 42 runners on the start line, a good mixture of experienced 24 hour runners and novices (though experienced in ultra distance). The weather was perfect, dry but not too warm, and everything started off very smoothly, but the surprising thing was that it continued smoothly, all the way to the end, the only problem coming from an old bird's nest catching fire in one of the floodlight pillars at about 20 hours, this did cause a bit of a circus: full power shut down, fruitless search for a map to show where the relevant fuse box was, fire engine, police, indeed the only person who didn't show up was the only one really needed - the electrician! But we no longer needed the floodlights and everything was cleared up enough for electricity to be on again for the showers after the race, the big hassle of course were fumes from the smoke, far from ideal for the runners and I just hope it didn't have too negative an effect on their milege. Apart from this excitement, it was the calmest race I've ever known, to the point that I mistakenly thought the results wouldn't be as impressive as the previous year's but the reverse was true, of all runners who competed in both races, only 3 failed to improve on their 2006 mileage, and we got a new women's course record from Sharon Gayter (131 miles). There were some very impressive results from runners taking part in their first 24 hour, Stephen Mason managed to keep pace with John Pares for a long time, which rewarded him with 3rd place and 137miles, Vicky Skelton also had a very impressive debut with 125miles. It was great to see Ken Fancett notch up 143miles, looking nothing like his 58 years, and still managing to look fresh come the medal ceremony; I swear he looked more awake than half the helpers!
There was a welcome return for Geoff Oliver who did 110miles, not bad for 74 years young! And of course John Pares put in a magnificent performance with 147miles, the furthest we have seen at Tooting for ten years. Overall twenty runners passed the magical 100 Miles. The helpers were their usual amazing selves, from tea making to lap counting, everyone did a top notch job, and cheerfully too. I must give special thanks to Eddie Gutteridge who agreed to be timekeeper at quite short notice, Ian Champion who does so much for the race and Devashishu Torpy who acts as my right hand man and didn't even grumble when I pulled him from his very short nap to help out when the Fire engines came I was worried they might try to stop the race.
At the end of everything as we were packing up I was simply filled with happiness, yes I couldn't walk in a straight line or get a sentence out in the right order but that was irrelevant, the race was a huge success and I simply loved every moment. I swear my father was looking down at the medal ceremony, full of pride in everyone. In the days following the race I received so many nice emails from runners thanking everyone and praising the organisation, but I am equally full of praise and thanks to them for making it such a great event. When Sri Chinmoy passed away a few days later I travelled to NY for the memorial service and burial, during those few reflective days I mused on the race, how much I enjoyed organising it, how Sri Chinmoy and my father had taught me all I needed to know to pull it off and how the best way I can honour their memory is to continue putting on the races and aiming to provide the best environment for the runners possible.
Shankara


You can see brief personal summaries of the entrants in the Race Program (please ignore any password prompt and just click ok - it's a bug, sorry!).

For information and details on how to enter, please contact Shankara Smith at Run and Become. 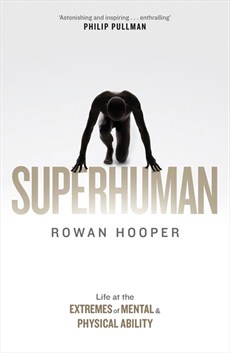